Care Leavers National Movement hosted its annual conference in October, celebrating the achievements of care leavers and what community means to them.

Young people from across the country enjoyed a day of celebrations, showcasing their achievements with the Care Leavers National Movement (CLNM) and their journeys with the National House Project (NHP). With a focus on Community the conference was designed, planned, and hosted by young people who presented the findings and recommendations from their recent Peer Evaluation.

Mark Riddell, the National Implementation Adviser for Care Leavers was present at the conference. He was impressed by their work and subsequently presented the Peer Evaluation report to Will Quince, Minister of Children's and Families who has invited NHP and CLNM to meet with him in February.

Young people were joined at the conference by NHP staff, Local Authorities, and partners such as Madlug, Suited and Booted, Reconomy and Engie who are some of the partners working with NHP to provide advice and experiences to young people in their journey to employment.

The transition from childhood to a connected and fulfilling life as an adult can be a challenge for most people but for those young people in, and leaving care, they face additional challenges to do this well. Furthermore, with an emphasis on being independent there is a lack of recognition of their need to be interdependent. Whilst the word community has a different meaning to everyone, young people were clear in their messaging that being part of House Projects and CLNM was important to them. They said that it provides them with a community where they belong and feel supported and this in turn helps them to live their life well.

Given the restrictions imposed over the past 2 years from Covid-19 the conference provided the opportunity to socialise, support each other and celebrate the accomplishments of care leavers from across England and Scotland. The day was a great success and consisted of CLNM representatives working together to share their memories and experiences, presenting them to the audience, using videos, photos and their voices; bringing the importance of community to the forefront of the conference.

Mark Warr, CEO of the NHP said “We are immensely proud of the young people in CLNM who worked so hard to deliver an excellent conference and we are thankful to all young people who contributed to these findings and recommendations. We look forward to working with CLNM to develop them into actions that both make a difference and help us all to achieve the ambition that young people leaving care live connected and fulfilling lives.”

Dan Teague, CLNM representative commented “As a lone force, I am a very powerless man, however, when many collective care leavers band together in aims of a common goal, it becomes a powerful thing. And that’s exactly what has happened at today’s CLNM conference.”

The pandemic has been a challenge for a number of reasons and where the impact has been positive, it has largely been related to the value of relationships and the way that individuals have been supported in, and by, their communities. 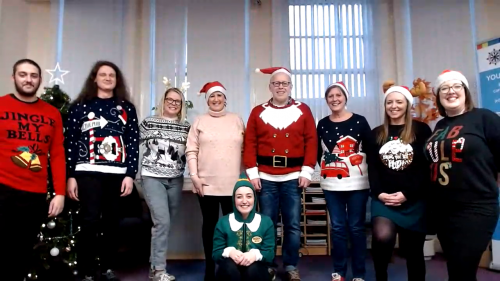 Sharing a year of successful fundraising

This last year has seen the NHP being successful in getting grant funding from a number of Grantmakers. We have received grant funding of over £400,000, some of which will go towards the core funding of the organisation and some will be restricted towards additionality that the Charity brings to our young people. Grantmakers who have awarded us with grants include Greenwood Place, The Leathersellers’ Foundation, CHK Foundation, Garfield Weston and Arnold Clark.

A message from our CEO January 2022

Whilst many will have welcomed in the New Year with resolutions bound by optimism that are invariably short lived, we are nearing the end of the business year and have much to celebrate and look forward to in 2022/23 and beyond